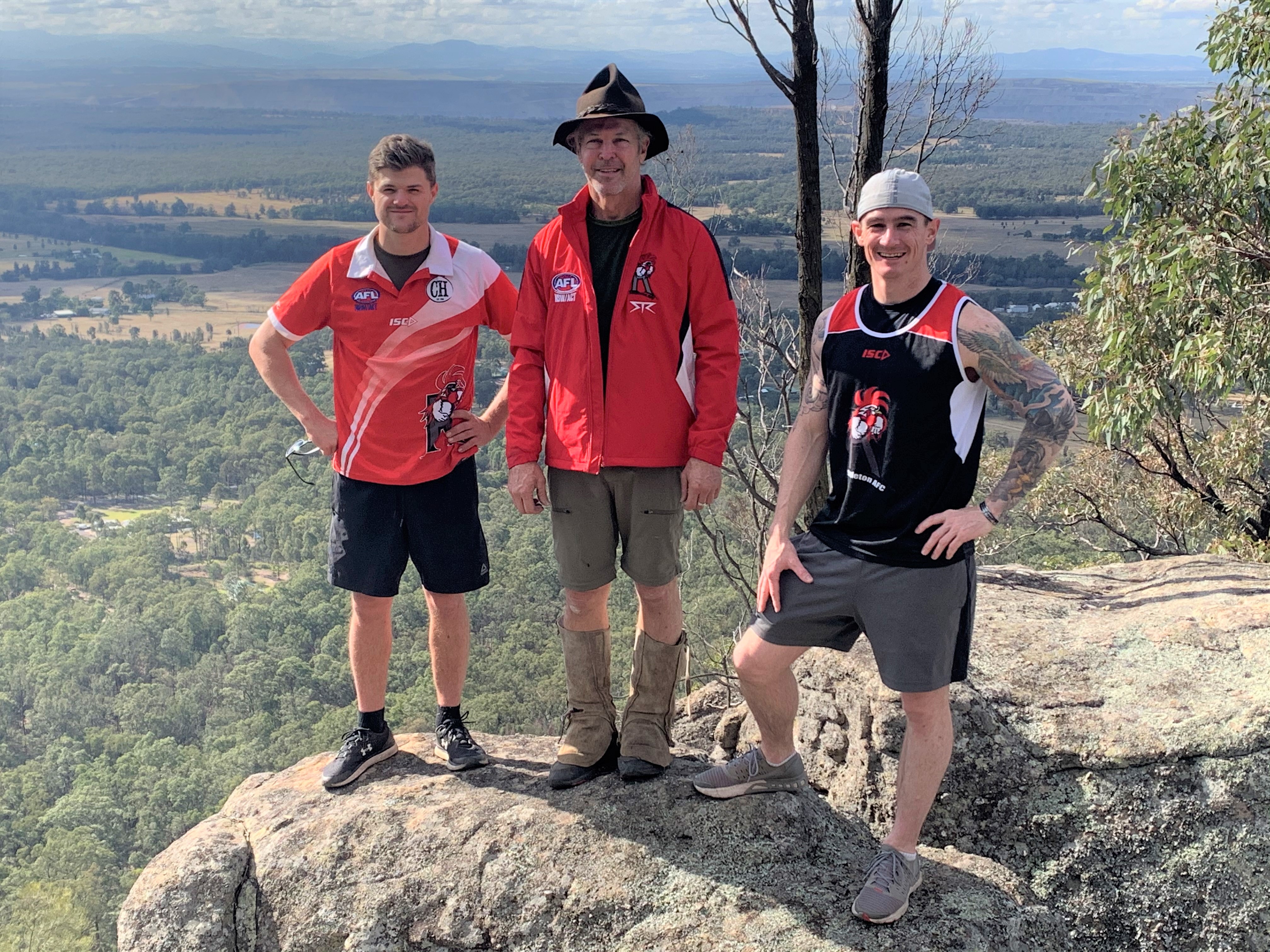 When local sport came to a halt due to covid-19 in March, Singleton Roosters senior and junior players were urged to continue to work on their fitness.

Thankfully, they did just that.

Incoming Singleton Roosters senior coach Jed Ellis Cluff has praised a majority of his men for maintaining a disciplined lifestyle prior to their return to the track.

The three-month fitness period was capped off with a miniature altitude training session for the senior men around the Bulga mountains on Sunday.

“A special thank you has to go to our assistant coach Mark Roser for allowing us onto his property and taking us for the four-hour mountain walk,” Ellis Cluff said.

“The boys enjoyed their challenges throughout the bonding session.”

Ellis Cluff, who takes over the senior role from Andrew Scott, would then lead his men to a practice match gala day at Tuggerah on March 14.

Singleton would walk away with a commendable 2-2 record (defeating Wallsend-West Newcastle and The Entrance Bateau Bay) before the entire sporting world was postponed due to Covid-19 three days later.

However even a global pandemic balanced with strict social distancing measures would not be enough to prevent the Singleton Roosters from continuing their training.

In a well devised plan from senior club president and women’s coach Nadene McBride, the club had formed a group on the ‘Strava fitness app’.

By April, it was time for the club’s players to join forces.

“As a club we had three weekends where we tried to reach a destination with our combined kilometers, whether on foot or on a bike, tracked on our Strava accounts,” McBride revealed.

The first challenge saw the club complete 634.9km in an attempt to reach the Gold Coast (which required 727km).

Two weeks later the club then cruised past their target of 1070km to the MCG (finishing with a whopping total of 1640.13km).

In this challenge, 73 club members participated with an average of 22.46km each.

A third and final attempt saw the club attempt to reach Queensland’s Airlie Beach (combining for 1059.4km on this occasion).

“A majority of these challenges saw many of our women’s players and juniors feature in the top ten so it was a solid club effort,” she added.