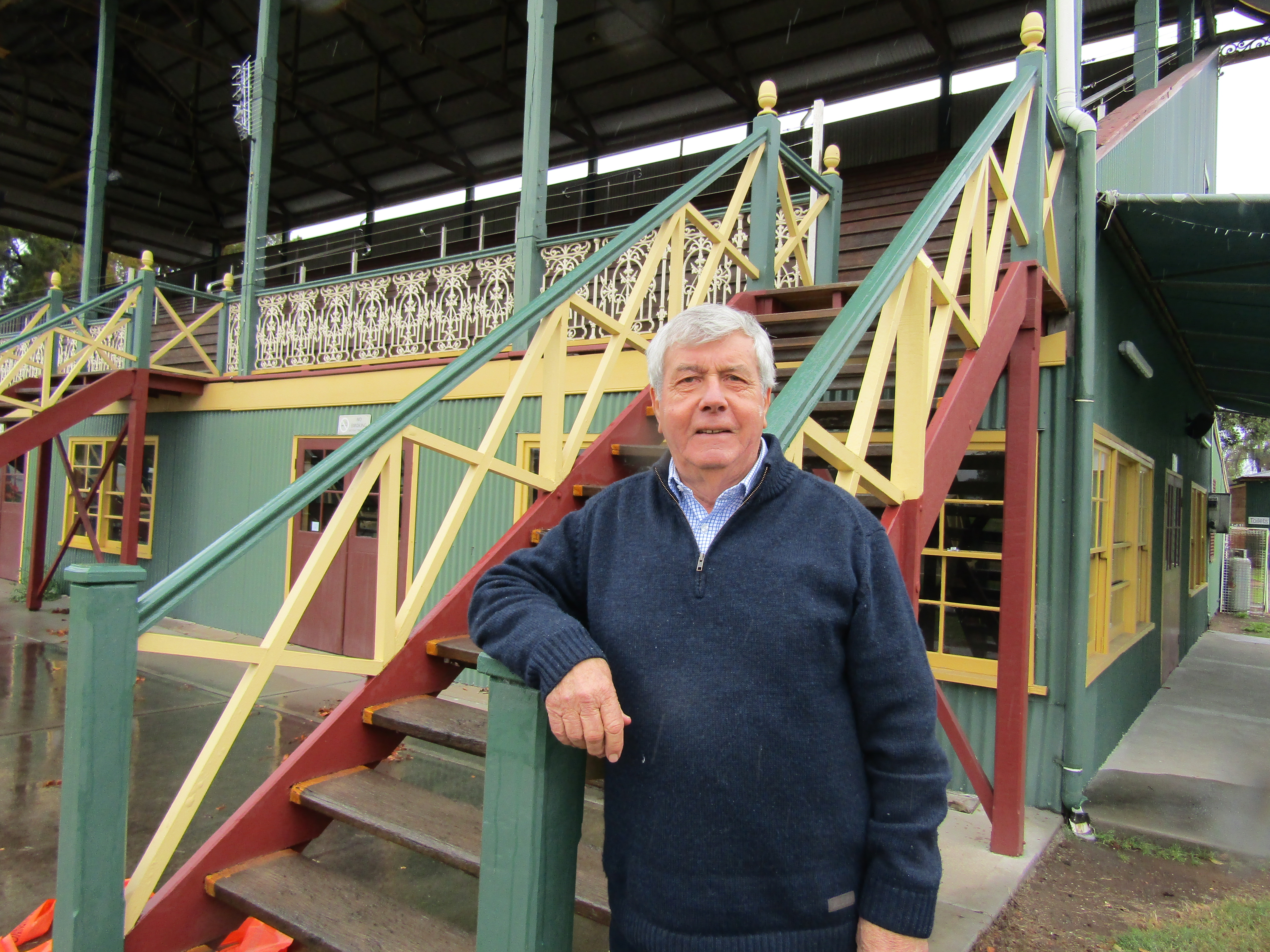 There would be few properties around the world that are owned by more than 1300 people.

Northern Agricultural Association Showground in Singleton is one of them and there is plenty of reasons why it will never be for sale.

David is the current NAA president, it is his third stint in the role and one he takes seriously and says he is now in a period of his life where he can commit the time it takes to run the ‘show’.

The showground sits in the heart of Singleton unlike many of its counterparts that are either slightly out of town or located on the edge of town.

It’s historic buildings, its age-old trees, the grandest of stands, the showring itself all hold pride of place.

Occasionally, while waiting to meet someone, I have found myself sitting quietly, alone, on the rustic seats that surround the ring and have looked in wonder at the majestic surroundings.

They are not the grand sandstone of historic buildings many associate historic buildings with.  Instead there is corrugated iron, a circular stained-glass window on the main pavilion, a grandstand that thousands have taken a seat in during its past, beautiful woodwork and a decorative wrought iron rotunda that captures the imagination of celebrations of the past.

It truly is a salute to the contribution of Singleton forefathers and mothers and one this community is very fortunate to have access to.

David’s connection to the site is very much a result of his dedication from his maternal family.  A board inside the tearooms features both his maternal grandparents, his two aunts and particularly his mother, little Miss Ella Moore.

The board is in recognition during the 1930s when the community was raising money for the NAA.  People could sponsor the site and be recognised.  David’s father purchased sponsorship for himself, his wife and His children.  He wasn’t the only family and there are many local identities featured on this board.  But it is Ella Moore that David’s eyes draw to first.

You may wonder why this community at the time showed such monetary support and you also may question it this type of support would that happen nowadays.

When it comes to the NAA showground, my response is a resounding yes.

There are 194 agricultural shows in New South Wales held every year.  Some of the grounds are held on land owned by Crown Lands, some grounds are owned by local councils and shows like Newcastle and Sydney Show are conducted at sites by Events NSW.

Singleton Showground is one of 15 showgrounds owned by its community.  Muswellbrook and Maitland also own their land which is perhaps an indication of the strength, dedication and commitment of locals who value ownership of a very special place for the benefit of the broader community.

But it comes with a huge challenge and that is balancing the books.

It is very much an ongoing project to keep the site viable and David said without the volunteers, the sponsors and the community the showground could not be sustainable.

“I have to thank the mining companies, the local business community and our volunteers, there would not be a day that goes by without something happening on the site and it wouldn’t happen without this support,” David said.

He also added that the NAA has been recipient of a number of grants that have helped the showground serve the community.

Three times they applied for grant funding to replace the lighting and finally they have received $231,000 in Federal funding to do the job.

“There was $40 million for showgrounds in this latest round of funding and $60 million worth of applications so thankfully we were successful this time around,” David said.

Next on the agenda is the construction of a 60m by 20m indoor arena with capacity to host indoor horse events, cattle judging and student education programs.

The development application is now in the process to be lodged with Singleton Council.

“It will just give us more options to host events in the future, to give people access and to showcase what we have here in Singleton,” David said.

So, will it ever be for sale?

The answer is a very determined no!