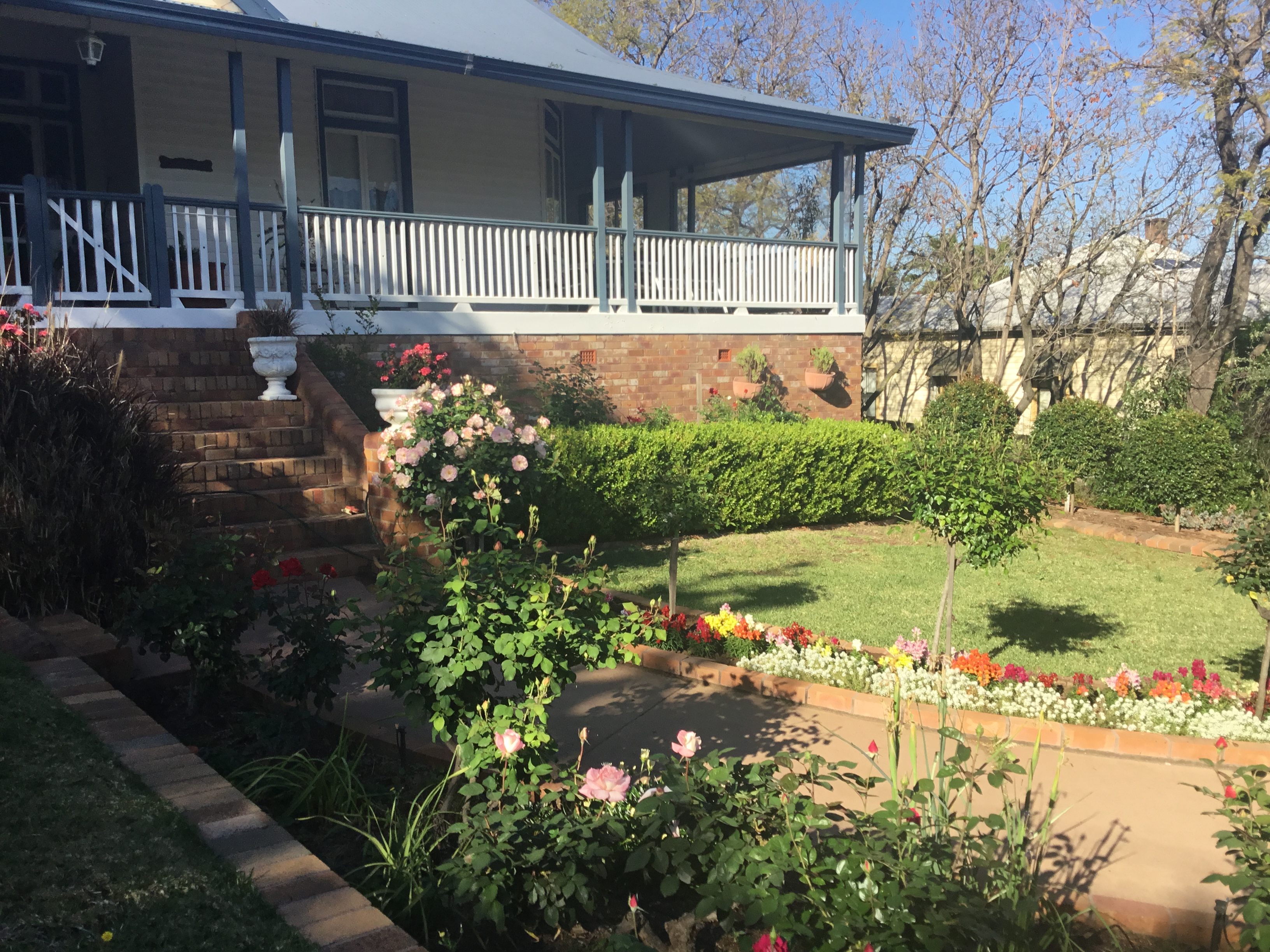 While some dates and details are a bit unclear, the history of Morlan Court in Muswellbrook gives it some interesting community ties.

It is a Queenslander style home in the heart of Muswellbrook that was built sometime in the 1800s by Aubrey Jordon and now John and Carolyn Hobden call it home.

They believe the home was built for the people that owned another local landmark – Eatons Hotel.

“We have been told the people that originally owned Eatons had a son that was killed in France at Morlan Court in World War I and that is why they called this house Morlan Court,” John said.

Following the series of owners they have been able to construct, the next owner was Herbert Robert Flanders who also took on the license for Eatons Hotel in 1904.

He sub-divided the block where Morlan Court stands and built a second house at the back. There is also a garage that it is believed originally housed the cooks from Eatons Hotel.

Mr Flanders was a member of council for a number of years, including three terms as mayor, and he passed away in the house in November 1934.

The house has only changed hands seven times to the best of John and Carolyn’s findings including their purchase of it in 1992.

“My parents were in Singleton and we got to the stage where we felt we needed to look after them, and then we found this place,” Carolyn said of their move to Muswellbrook.

When they purchased the house there was a concrete slab at the back which was uneven that they transformed into a new kitchen and bedrooms while reconfiguring other areas of the house to suit their needs.

“It is good when the grandkids come to visit,” Carolyn said of the five bedrooms and numerous living areas that can accommodate family and social gatherings.

When not tending to the immaculate gardens around the property or spending time with their grandkids, John is very involved with The Rotary Club of Muswellbrook.

He is also currently the district chair for the Model United Nations Assembly, something he is very passionate about and hope they will be able to pick back up again in the near future.

Their home looks out of place in Muswellbrook for its style, but its character fits right in.

“It’s an interesting place, no doubt about it,” John said.