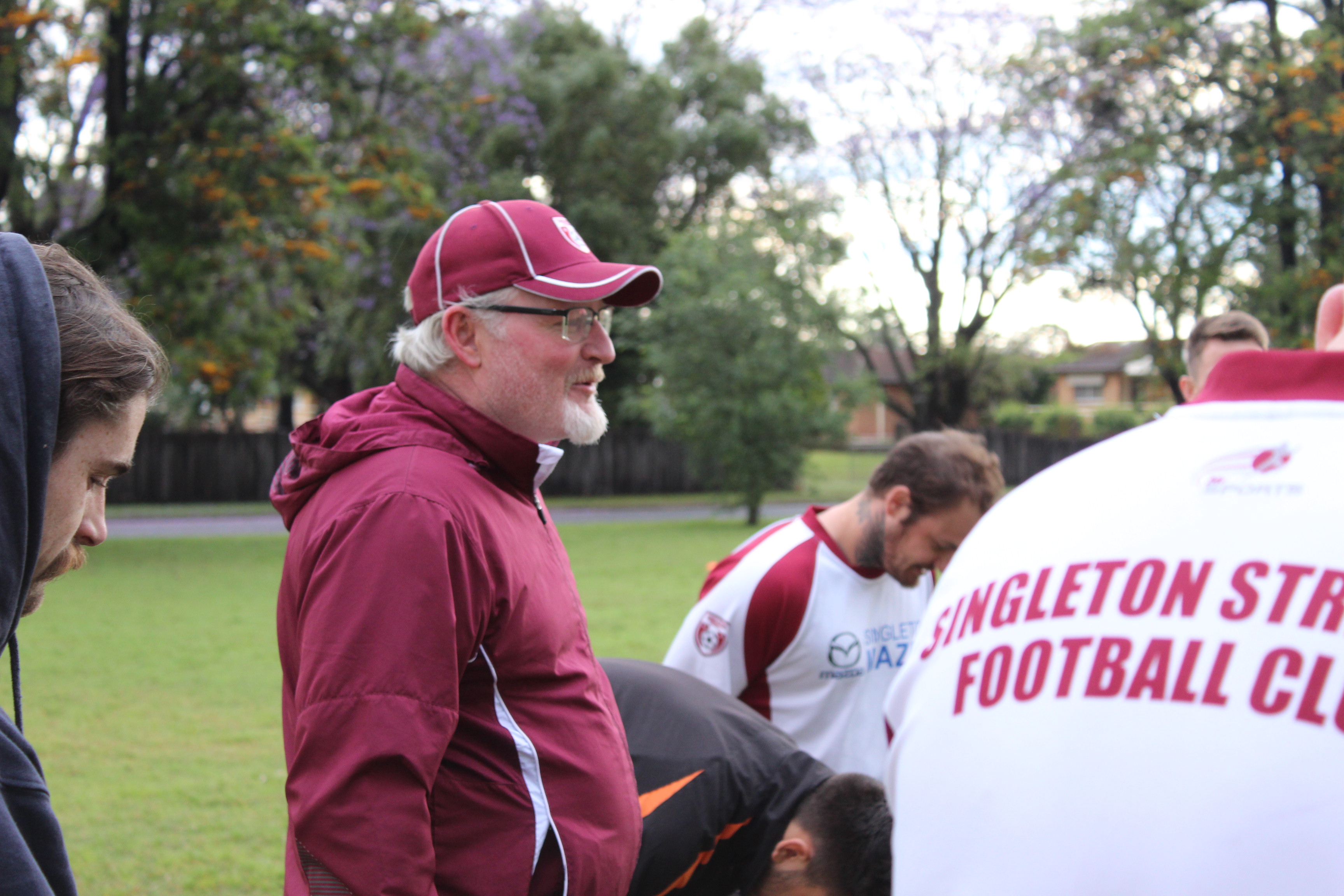 Brendan Slade did not want to make too much of a fuss about his first season at Howe Park.

Even after a drought breaking 2-0 grand final victory, he preferred to keep the spotlight on his men.

In response, his players chanted ‘We love you Sladey, we do’ throughout the festivities on Saturday evening.

“This feels unreal to watch it with the boys,” Slade said on Sunday as the group watched a replay of the match at the Royal Hotel.

“It is an amazing feeling, a gutsy effort by everyone and the occasion didn’t get to them throughout the day.”

After a four-year stint as a coach with NPL outfit Lambton Jaffas, Slade brought his expertise with Northern League One clubs West Wallsend, Cessnock and Belmont Swansea.

He then introduced himself to his new Singleton playing group on Sunday November 3, 2019.

“It is a good feeling and to do this at the Singleton Strikers is even better,” he concluded.

“Here we are so appreciative of everyone’s job.

“And I would also like to thank this paper, The Hunter River Times, on all your wonderful coverage throughout the season.”

Slade will now aim to be the first man to guide the Strikers to back to back Northern League One titles in 2021 after re-signing with officials in September.