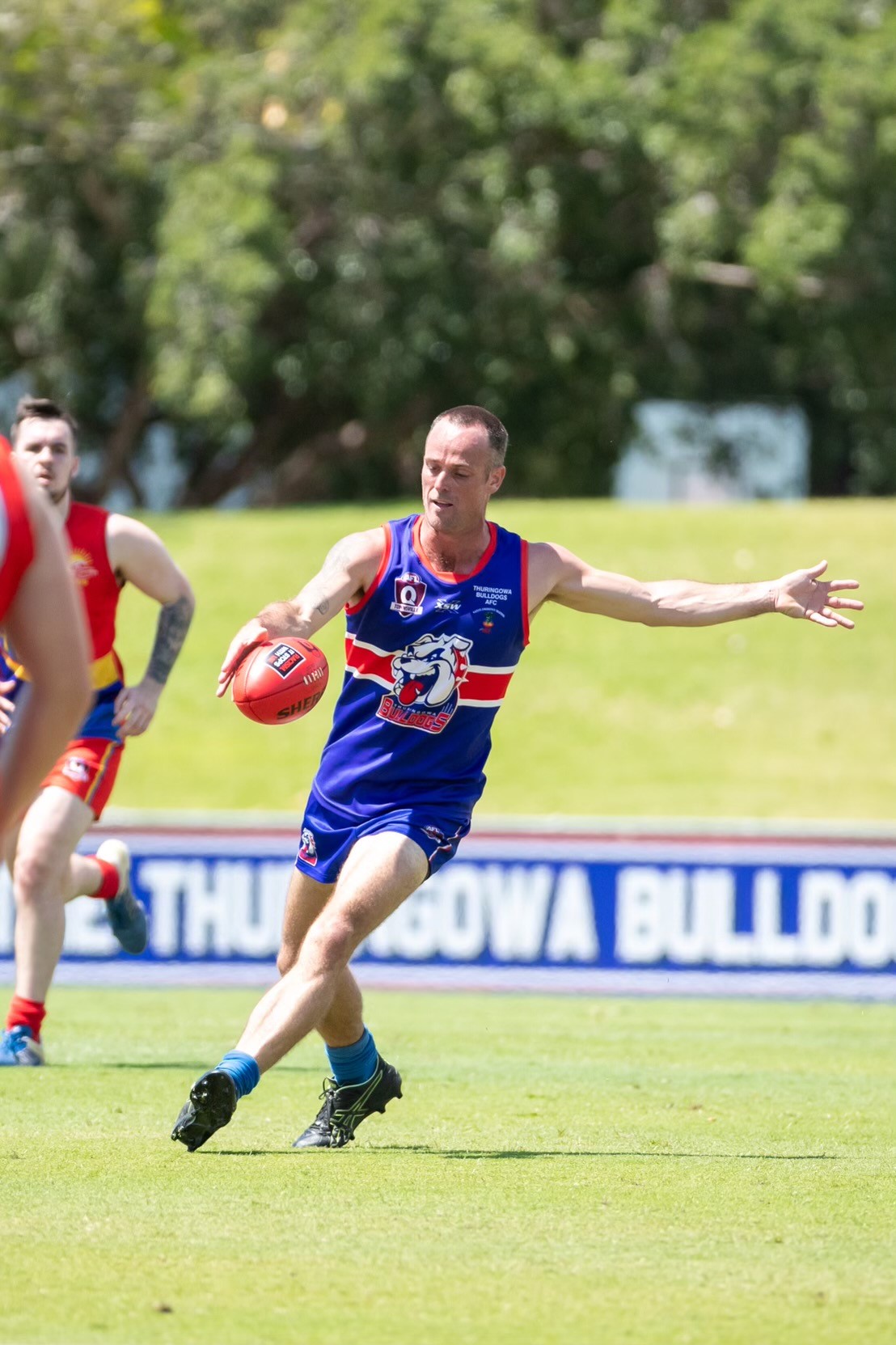 Moffatt, who now resides in Townsville, inspired his Thuringowa Bulldogs line-up to a dominant 15.12 (102) to 3.2 (20) win over the Northern Beaches Suns in the AFL Townsville reserve grade grand final on Saturday, September 11.

The 35-year-old scored two goals in the second half of the decider and remained in the contention for the best on ground medal throughout the 82-point win.

His season was off to a great start in 2021 when scoring four goals in his side’s opening round 91-point win over Suns.

“We always play good as a team all year and that’s probably why we won the grand final by so much,” Moffatt told The Hunter River Times.

He has managed to score at least one goal in each of his three winning grand finals.

“The Singleton one was probably the best one; we definitely partied the hardest on that one,” he revealed.

“I was injured that game and played at full forward.”

Moffatt hopes to visit the Singleton Roosters in 2022 to mark their 10-year premiership reunion.