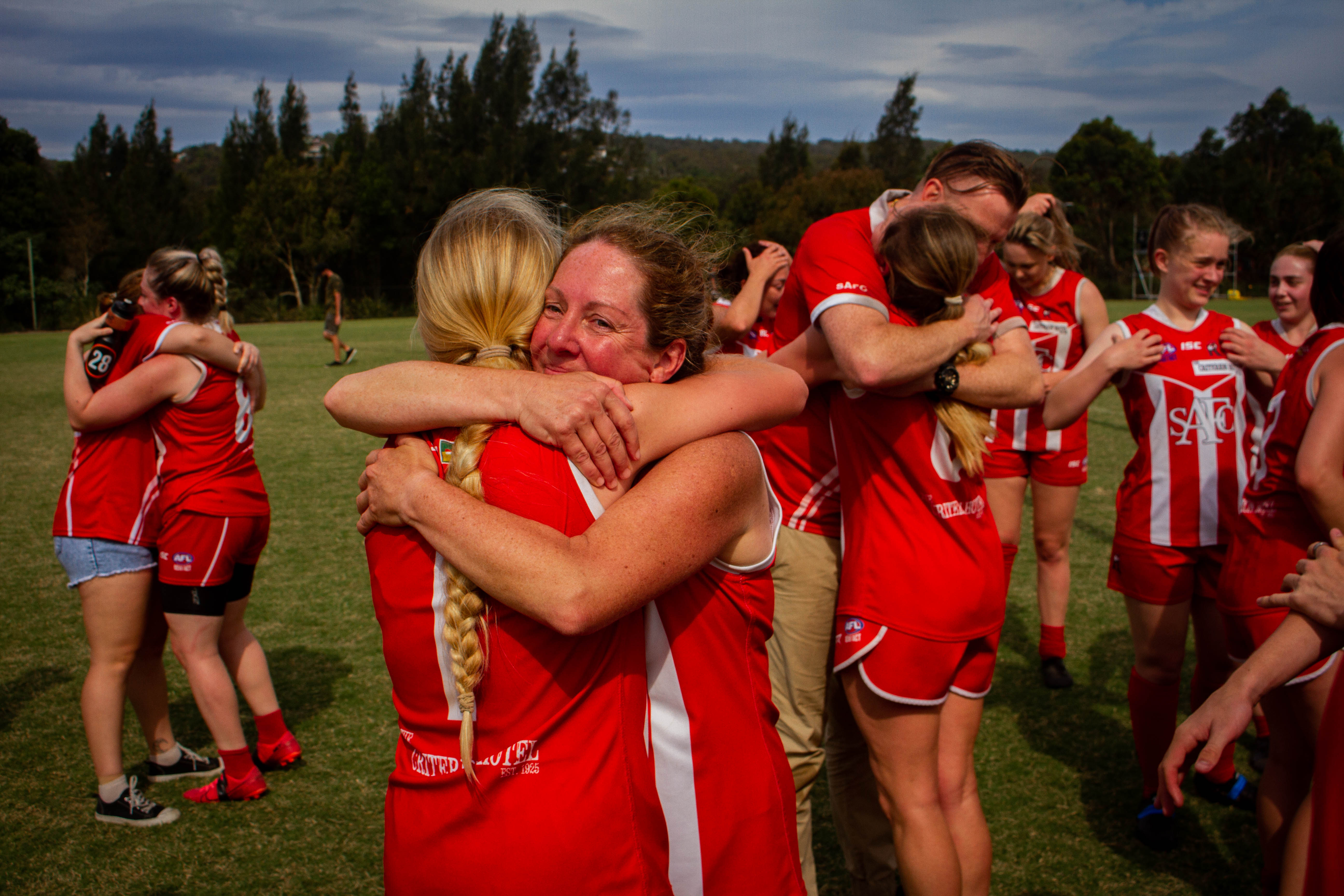 Despite the cancellation of the AFL Hunter Central Coast season, he was still able to celebrate the league’s recognition of his senior president Nadene McBride as the recipient of this year’s James J Arnold Clubperson of the Year award.

For Mellon, the decision was a no brainer.

“I was not surprised at all,” Mellon told The Hunter River Times.

“You look at the work, time and dedication that Nads puts into our club; it’s something that she definitely deserves.”

That afternoon, the Roosterettes defeated the minor premier Lake Macquarie by 13 points.

They were again in contention for back-to-back flags when finishing second on the AFL Black Diamond Plate women’s table with a 9-2 record.

Yet it was her ongoing work as club president which saw her nominated for the league’s most coveted off field award.

“The things she has done to help our club is second to none,” Mellon continued.

“She has had a massive hand in forming the committee we have today, she has been our voice of reason when we need to be heard and the things she has done to help our club massively develop senior and junior female sport is phenomenal.

“Aside from her presidency and coaching, she helps get the clubhouse looking good for each home game with the help of her amazing partner Bangers and some other club people.

“This is Nads’ seventh year with the club and she isn’t going anywhere anytime soon.

“We are all lucky to have her, as we call her our ‘El Presidente’.”