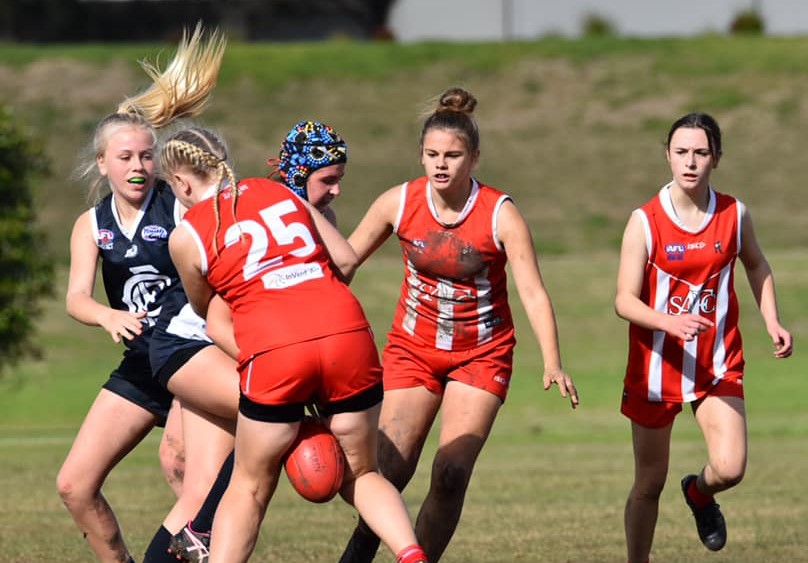 Five days after the AFL Hunter Central Coast conducted its virtual presentation evening it was time to cast the spotlight on the junior talents.

Arguably the story of the night was the tale of Singleton’s Radmacher sisters.

Ella Radmacher finished with 12 votes in the Hunter Youth Girls 13 count while her older sister Faith was Singleton’s highest polling player in the Youth Girls 15 count with eight votes.

Ella, who finished third behind Port Stephens/Cardiff’s Estella Walla (17 votes) and Eliza Georgalis (14), was joined in the top four by her Singleton teammate Ella Northey (11).

Faith, who played her first season of AFL after watching her sister celebrate a premiership in 2020, finished equal fifth in the Youth Girls 15 count which was won by Nelson Bay’s Sophie Elliott (15 votes).

She was joined in the top ten by her Singleton teammate Molly Thomas who finished equal seventh with seven votes.

Teenager Daltyn McCartney (under-11 coach and representative mentor) was also acknowledged as Singleton’s nominee for the junior volunteer of the year award.

Earlier in the evening, the following Upper Hunter players were also recognised as recipients of the Team Achievement Awards: