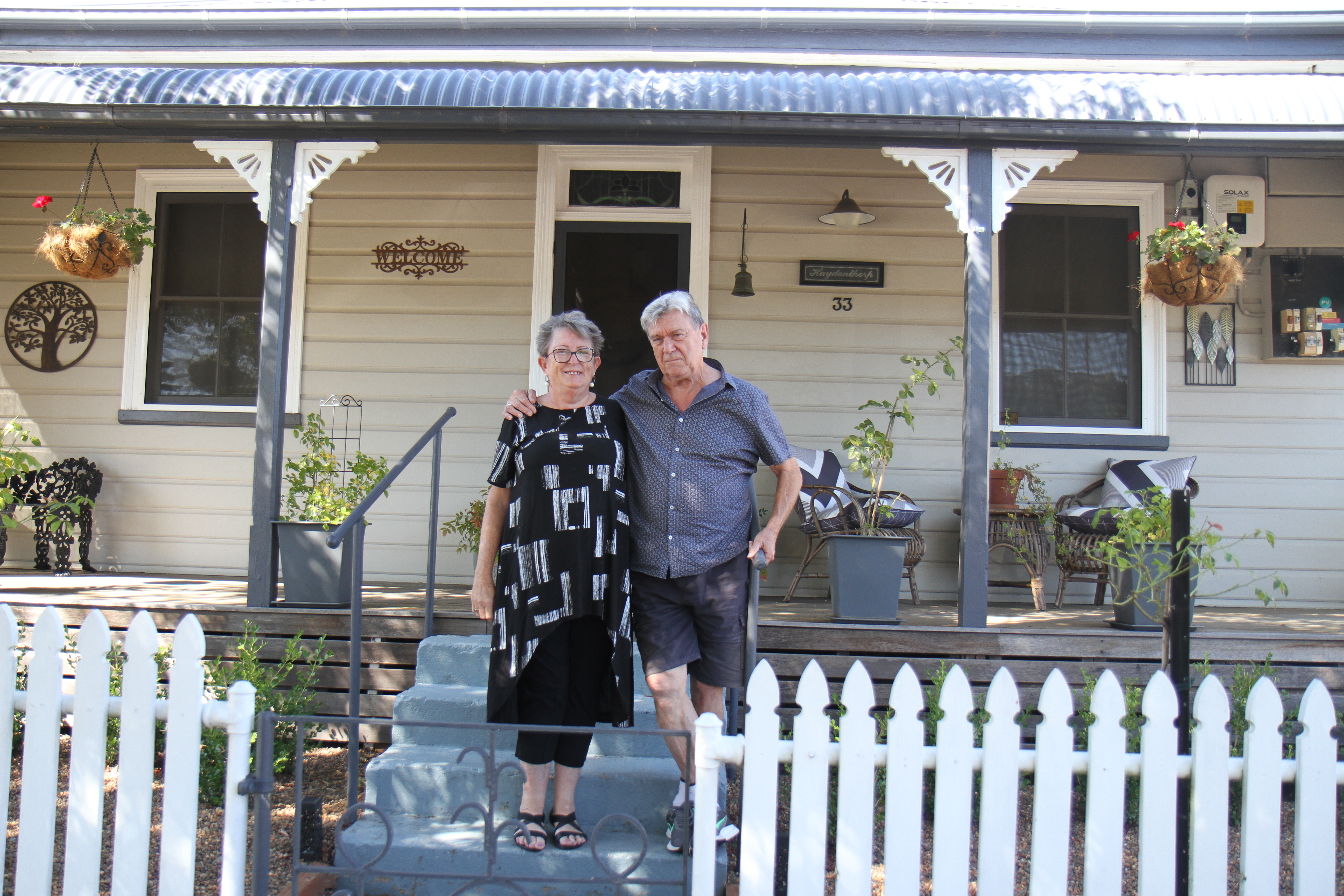 Seamless Blend of the Old with the New

When renovating older homes sometimes it is a struggle to blend new with old, or find a happy balance between the two.

The former assistant stationmaster’s house in Murrurundi is a fine example of how it can all go right, with the 1893 home being brought into the modern era seamlessly.

Kate and Michael Everett moved in three years ago and they have not looked back.

“We actually came down from Brisbane to see the house, we had seen the house while they were doing it up,” Kate said when friends had originally purchased the house to renovate it.

“I think the main thing I like about this house is the character, the fact that most of it’s been able to be kept exactly the same as what it was.”

Waking up to varnished wooden ceilings is another feature that Kate loves about the home.

Despite being right on the train line, the couple say there are only a couple of services each month that they hear day or night.

“We didn’t know at the time it was the assistant stationmaster’s cottage, we knew it was a rail cottage and that is all we knew,” Michael explained.

“We don’t know any names, or how long it was occupied by assistant stationmasters, who came, who went, we don’t know, over a period we will probably find out.”

The home is three bedrooms, with an extension to the back to make the living area and kitchen larger.

When work was done on the house three years ago to update it there was a lot of attention to detail put into the job to blend new additions into the original build.

There are built in cupboards in two of the bedrooms now but they look like they have always been there, and all the new walls have been given a wood panelling finish that looks almost identical to the original walls.

There is still some work to be done with some of the footings needing to be replaced and others becoming uneven following the drought and then floods which has caused some movement on the floor.

Records are unclear about whether the house was built on site or if it was built elsewhere and placed near the train station, but there being a lot of similar style houses in the area they feel it was put up on the site.

The longer Kate and Michael spend in the community they are learning more about the history of the home, and they have settled into the country life that Murrurundi offers.