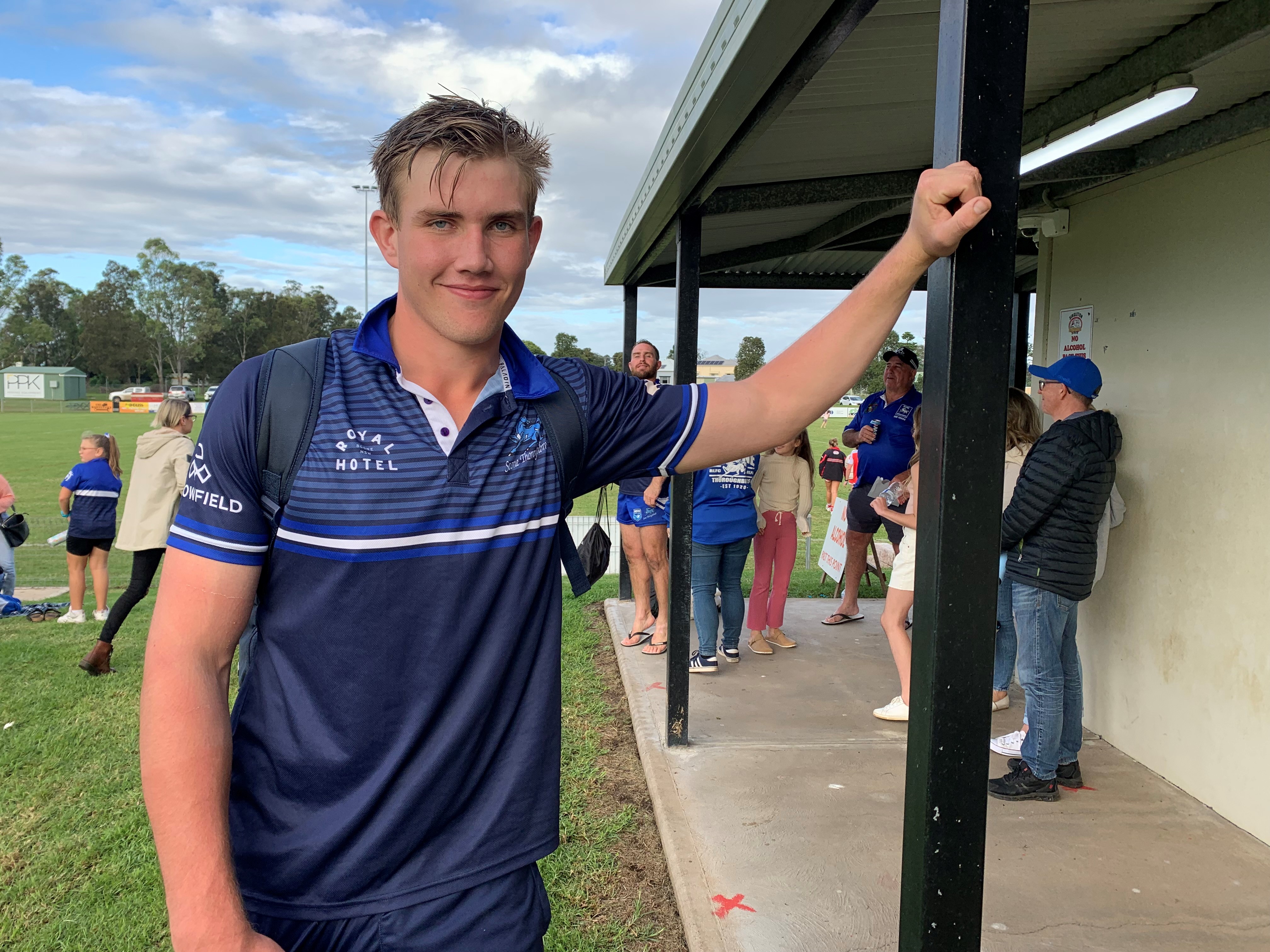 A first grade debut to remember

All roads lead to Denman this evening for the top of the table clash of the Group 21 first grade competition.

The Scone Thoroughbreds will aim for a 3-0 record when travelling to Denman for the highly anticipated match-up following convincing wins over the Muswellbrook Rams (40-22) and Singleton Greyhounds (68-6).

The Thoroughbreds outclassed the Greyhounds on Sunday to claim one of the league’s first mercy rule victories.

“It was unreal, all the boys got around me and it was so much easier to have them by my side,” Clydsdale told The Hunter River Times on Sunday afternoon.

Clydsdale was no stranger to top class rugby league having featured for the Greater Northern Tigers in the Laurie Daley Cup as well as the Canterbury Bulldogs under-19 development line-up earlier in the year.

Yet he remained just as humble moments after his first-grade debut at club level.

“I got to play with Daniel Ritter who was a favourite growing up and is one of the older players as well as my older brothers Adam and Luke,” he added.

“They always help me and to play with them was unreal.”