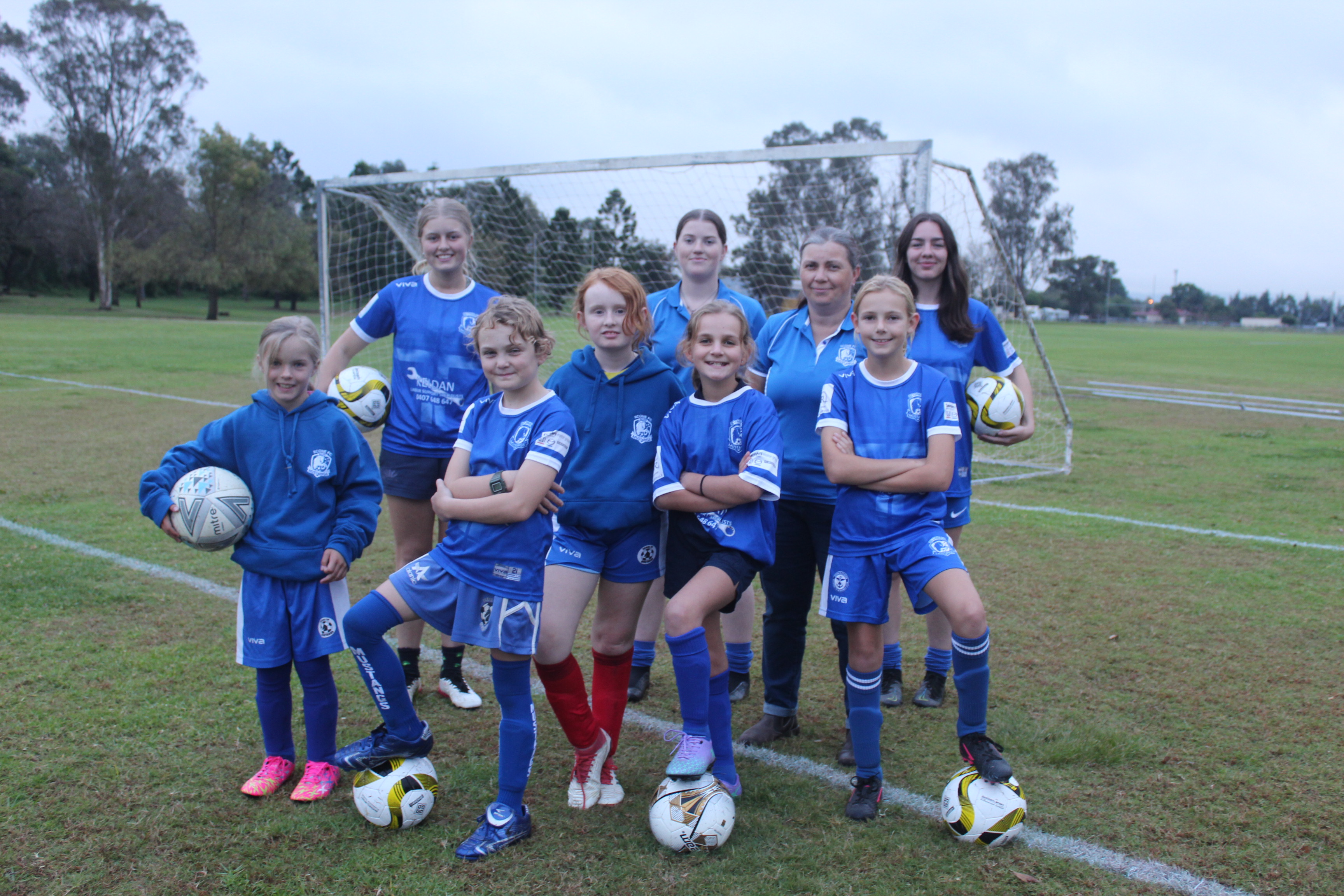 The objective of the Football NSW initiative is to drive female participation at all levels of the game.

Therefore, we could not help but cast the spotlight on the Scone Mustangs, a recent recipient of the coveted Hunter Valley Club of the Year award.

Pink socks have also been donated for the club’s line-ups ahead of sponsor their next home match on Saturday, May 14 thanks to sponsor MACH energy.

They will play host to clubs such as Tenambit, Maryland Fletcher, Bellbird, Cessnock United, Merewether, Raymond Terrace and Lambton Jaffas.

Some visitors will be arriving a day early for the Scone Cup carnival while others will travel across the Valley straight to their match.

Ultimately, the round will be a celebration of the club’s female leaders.

The week will also coincide with club registrar Lesley Whitehead’s milestone 20th season with the club.

She has had the fortune of seeing all four of her children Clinton, Kade, Caitlyn and Ilisa represent the Mustangs on the field.

“This club was my first foray into team sport with my first child Clinton when he was five,” she reflected.

“Back then they were playing on the back field, and we didn’t have a clue what we were doing.

“Then I started out as a general committee member, then helped run the canteens before completing my Youth Football license and coaching for two or three years.”

Heyward has held a committee role for a majority of her 20 seasons at the helm and currently serves as the club’s interdistrict coordinator for Hunter Valley Football.

In her time, she has seen the club expand from two to three travelling teams to ten this season.

After a long hiatus from the all-age competition, the Mustangs have also returned to the tier in recent years and boast three line-ups this year.

The all-age-1 side celebrated a memorable 4-0 win over Morrisett on Saturday while the remaining sides also showcased a fine display of football.

Personally, she has also witnessed her daughter Ilisa and teammate Sarah Whitley rise from the Mustangs to play for the Thornton Redbacks at NPL level.

After a competitive 2019 season, the duo experienced senior football when awarded grade debuts the following year.

They then donned the Maitland Magpies colours after the women’s squad shifted in 2021 where they travelled as far as Taree.

Now, the talented teenagers are back to represent the Mustangs in 2022.

“Lots of parents would start to their kids in soccer and then move them to Rugby League in the beginning but the culture is swinging,” she concluded.

“We were really lucky that we had that dedication in the committee throughout the pandemic which led to our club of the year title and where we are now.”

Female Football Week will commence on Friday, May 6 and finish on Sunday, May 15.